The last Collectors Carnival Antiques & Flea Market for 2016 has come and gone, ending a very good year on an upbeat note.

When we get to the January 2017 show, that will kick off the 25th anniversary for the show. We’re delighted to be heading into that celebration with good vibes and good numbers, and we’ll be working on new ideas to make each show better for 2017, including making use of this new blog and the entire new site (which will be seeing adjustments as we go).

October 2016 gave us perfect weather and a gate of about 3000 on Saturday and about 1000 on Sunday. While no show is great for everyone, most of the dealers I talked to were happy with the results by the end of the show, and comments from shoppers were also positive. Why not…..with over 200 dealers under cover plus most of the outdoor spaces full along the road from the Auditorium to the Activities Building. Even I found something to buy, and I’m as picky as anyone gets (and cheap when it

We’ll continue to do what we can to keep regular dealers happy and to find new dealers with stock that improves the show…..for variety and quality. And we’ll also be working on solving some “happy” problems, such as the traffic problems that happened at the gate at times. Sorry that some people had to wait, but “too many people” is the kind of problem we want to have.

As always, the January show will be a bit smaller since weather usually requires using only the heated buildings. Given the

way the last few years have gone, we could have anything from a foot of snow to 70 degree temperatures……or go from one to the other in a day or two. Unfortunately, we have to plan for something that’s at least chilly….and hope for sun to go with it. Of course, we’ll still make it a show filled with tempting tidbits and treasures…….another time-traveling weekend adventures that you’ll love telling your friends about, making them jealous when they see what you bought. Better yet, convince all your friends to come along and see who makes the best deal……antiquing as a competitive sport. 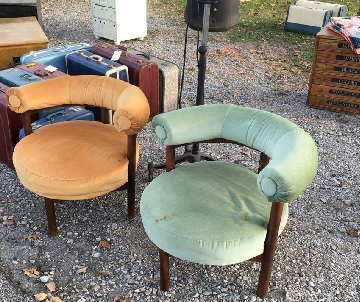 We’ll see you January 28-29, 2017 to celebrate the 25th anniversary of the biggest and best antiques show and flea market in the region. (I’ve also done the well known Nashville Flea Market, which is fine if you’re looking for sunglasses and bamboo sheets, but for antiques, collectibles, and organization, the Collectors Carnival show has the Nashville Flea beat…hmm antique shows as competitive sports. Guess I’m feeling extra competitive today. Must be all the college football games on tv.)

This message is only visible to admins.

Error: An access token is required to request this resource.
Type: OAuthException
Archives